How Does CoolSculpting Work?

Some people think that CoolSculpting is too good to be true! Eliminate stubborn fat with just a few CoolSculpting treatments? How can this be possible?

And we’re here to tell you, that yes, it is that easy – and it’s backed by science. Read more below to see exactly how CoolSculpting works and help you get the body of your dreams! 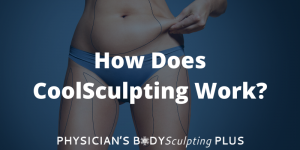 Stubborn fat is the result of excess fat cells. The number of fat cells we have is set during childhood and adolescence and varies very little during adulthood. These excess fat cells accumulate to create stubborn fat pockets that can be difficult to eliminate through diet and exercise alone. This is where CoolSculpting comes in.

CoolSculpting uses a process called Cryolipolysis, which is essentially the act of using cold to freeze fat cells and get rid of them. Fat Cells react differently to the cold compared to other cells in our body – that’s why we can target and kill them without worrying about damaging healthy cells while using procedures like CoolSculpting!

Cryolipolysis was originally discovered by Dr. Anderson and Dr. Manstein, two Harvard associated doctors, who realized that children who frequently ate popsicles were prone to developing dimples in their cheeks. After further examination, they came to the conclusion that these dimples developed from inflammation of the fat cells in the children’s mouths. This led to a loss of fat cells in their cheeks because they had been frozen. This phenomenon was known as “popsicle panniculitis”.

Once fat cells are frozen using Cryolipolysis, they will eventually die and be naturally eliminated by your body. This process is generally completed by the body within 1 – 3 months of your CoolSculpting treatment.

After fat cells die and are eliminated from the body, you get to enjoy your incredible results! Most patients can expect to see results 1 – 3 months after their first treatment and can expect up to a 24%  reduction of fat cells in the treatment area.

CoolSculpting is FDA-cleared, non-surgical, and effective. Are you ready to take the next step in your health journey? Schedule a Consultation with Physician’s BodySculpting Plus in Naples, FL today! 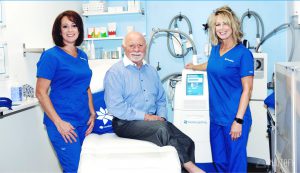 Founded in 2016, Physicians BodySculpting Plus has preformed over 1,500 treatments and changed thousands of lives through our medical treatment plans and non-invasive fat freezing technology, CoolSculpting.